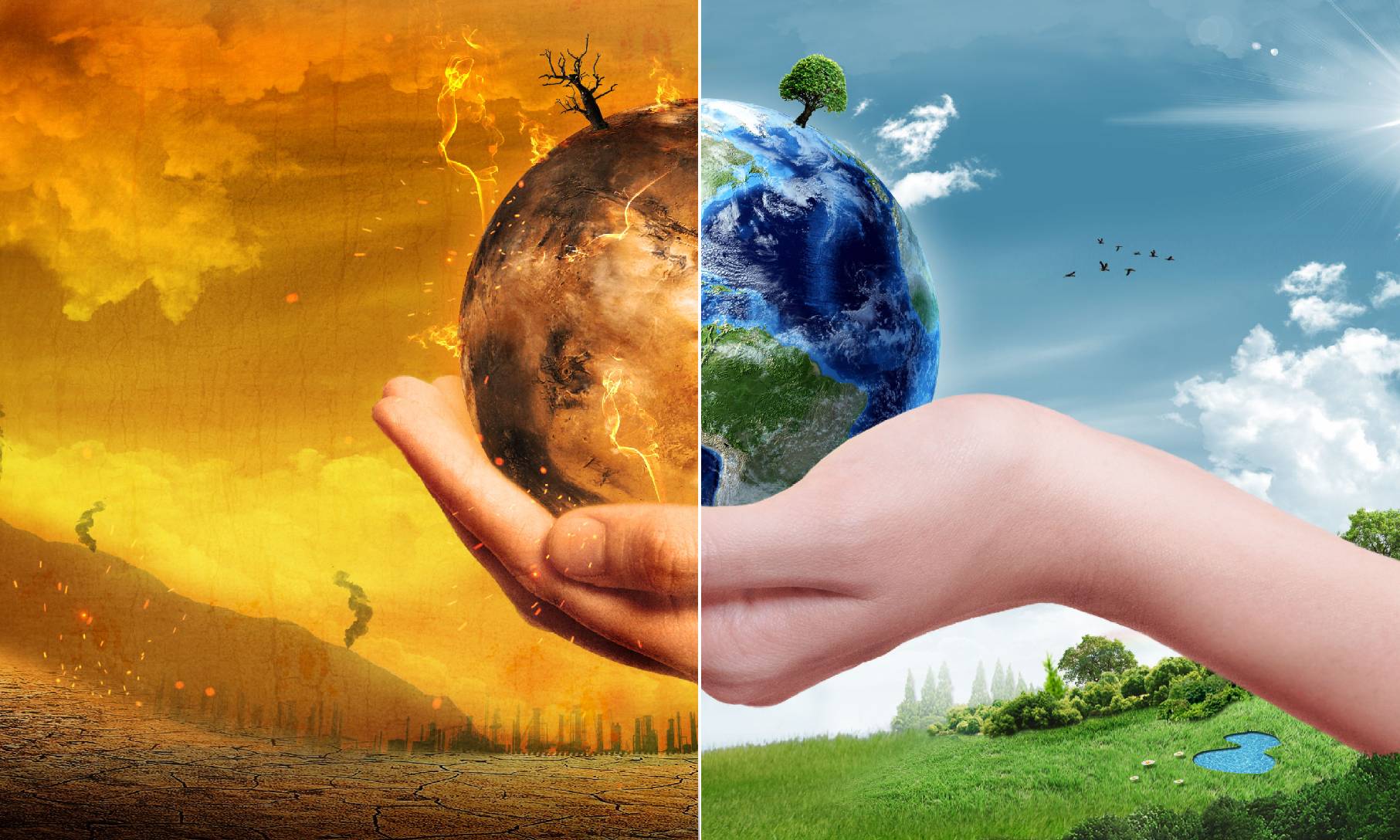 Building for the future

Investing in saving energy in the built environment is often viewed as a tricky trade-off between short-term capital outlay and disruption versus long-term cost reductions, well-being and environmental benefits. With a return on investment (ROI) that could take several years or even decades to manifest, and the possibility of significant and expensive inconvenience to building users while works and subsequent redecoration take place, it can be tempting to stick with the status quo for as long as possible, no matter how suboptimum that may be. And that is despite an ever-tightening regulatory environment aimed at compelling organisations to make the changes needed to reach net zero carbon emissions by 2050.

This cost-benefit conundrum is undergoing a substantial readjustment, however, with the injection of a very large tranche of new EU funding designed to help Europe recover rapidly from the coronavirus pandemic while becoming greener, more digital and more resilient.

Thirty percent of the €750 billion Next Generation EU COVID-19 recovery package announced last July is earmarked for fighting climate change, as is the same proportion of the Union’s longer-term budget to 2027 of €1,074 billion. That means there has never been more funding available for green upgrade projects, in the form of grants and low-interest loans – and that’s before you factor in the various finance packages and tax breaks made available within individual countries by national governments.

This could effectively remove the cost barrier for many building owners. When you also consider that it’s actually perfectly possible to implement energy-saving initiatives without causing upheaval for facilities managers or occupants, it’s likely we will see a big uplift in these types of upgrades in the near future.

When people think about curbing energy consumption and reducing emissions, they tend to gravitate towards alterations to the shell of a building, such as double glazing and insulation, or upgrading heating systems, for example by switching to a green energy source like solar power. It’s less common to consider smart automation designed to greatly increase the efficiency of functions like heating, lighting and air conditioning - even though this is much quicker, easier and cheaper to implement and offers a far more rapid ROI.

Retrofitting self-powered, wireless, smart sensors to monitor things like temperature, occupancy and light levels in different parts of a building is as simple as placing stickers in key locations. With a range of 30m, “peel and stick” sensors using the open EnOcean wireless standard (ISO/ IEC 14543-3-11) are guaranteed to be interoperable between all kinds of devices from over 400 suppliers, so there is no need to lay cables. Furthermore, they require no maintenance or battery changes to remain operational for decades. Nothing is more environmentally friendly or makes better financial sense than self-powered devices that require no maintenance whatsoever.

Yet something so simple usually results in energy savings of 20-30% in commercial or multi-occupancy settings or up to 40% in older buildings. It can, though, be as high as 60%, in schools, clinics, care homes and other spaces that are subject to heavy power consumption and fluctuating occupancy. That means ROI can be less than two years - even without green funding.

As well as reducing energy use and emissions, smart automation can enhance comfort, security and safety for building users in a number of ways. Sensors can directly interact with control systems such as radiator valves, or can be integrated into IoT solutions for the cloud, smartphones and tablets. They can be used to adjust temperature, shading and lighting according to prevailing conditions or even local weather forecasts. They can prevent costly problems such as burst pipes caused by frost. They can help safeguard people from COVID-19, for example by indicating when items like hand basins or door handles have been used a certain number of times and need to be wiped, or by triggering automatic ventilation when CO2 levels reach a certain point. And they can “learn” occupancy patterns, sounding an alarm if something is amiss.

An excellent example of building-automation technology that can be retrofitted in minutes and makes a big difference to both energy consumption and comfort is an energy-harvesting wireless thermostat valve. Powering itself by exploiting temperature differences between heating appliance and ambient air, it communicates wirelessly with solar sensors, smart thermostats and a smartphone app, to enable the remote or automated management of individual spaces.

The EU’s Energy Performance of Buildings Directive (EPBD) is the legal framework under which member states are implementing national laws to improve the efficiency of the built environment. It requires the CO2-neutral operation of buildings by 2050, with interim goals set for 2030 and 2040. EU member states must establish guidelines, come up with measurable actions and provide subsidies.

Since 2010, the EPDB has included requirements for “intelligent measuring systems”, “active control systems” and “automation, control and monitoring systems” - all of which are much simpler to achieve with radio-based and maintenance-free sensors self-powered by harvested energy.

In May 2018, this was strengthened further with an explicit focus on the regulation and control of building systems, including networked buildings. It is expected that new and existing properties across the EU will be required to have a high standard of energy control, ensuring that heat and light are directed at occupied areas and not wasted on unoccupied spaces.

Many European countries are already in the process of developing new legislation to support these objectives and new funding mechanisms backed by the NextGen EU recovery package are anticipated soon.

On January 1st, 2021, Germany became the first European country to specifically designate funding for smart buildings, with the launch of the BEG (Federal Funding for Efficient Buildings or Bundesförderung für effiziente Gebäude) fund. The BEG is designed to give a powerful boost to energy efficiency in the buildings sector and incorporates a new focus on digital measures to optimise energy consumption. It also features a streamlined application process and the flexibility to choose between a grant or a low-interest loan.

German government support for building automation is not new; the Energy Saving Ordinance (EnEV) of 2014 stipulated that smart systems should be incorporated in the energy management of non-residential properties. From November 2020, when the EnEV was subsumed within the Building Energy Act (GEG), residential properties were also included in this directive. The GEG was created prior to the 2018 EPBD update and does not yet fully reflect the latest requirements, so further national regulations requiring building automation, monitoring and networked components are expected in the near future.

Paragraphs 2.6 and 2.7 of the BEG document contain important information about what qualifies for funding. For residential buildings, a number of specific eligible measures are listed in Paragraph 2.6. In non-residential sites, any measures which lead to building automation defined as ‘Class B’ or above are eligible. This includes systems for high energy efficiency and technical building management. This assessment tool enables building owners to ascertain what degree of automation that means in practice.

Rich in antiquity, Italy and has many old buildings, with 65% built before its first energy-saving laws were passed in 1976. It is also one of the European nations hardest hit by the COVID-19 crisis. New Italian legislation aims to boost the economy through financial incentives promoting sustainability and energy efficiency, especially in older residential properties.

Italian Law n.208 of 2015 already included an “Ecobonus” allowing for the fiscal detraction, at a rate of 65% over several years, of the installation costs of systems remotely monitoring or controlling heating, air conditioning or hot water supply. This includes the purchase of devices installed within the property, such as thermostats and sensors, but not the cost of smartphones or other internet devices.

The Governmental Relaunch Decree (“Decreto Rilancio” n.34/2020, dated 19th May 2020 and valid until 31st December 2021, with the possibility of an extension to 2024) increases the 65% detraction to a 110% “Superbonus” when building automation systems are installed in conjunction with other, more extensive works aiming at reducing energy consumption in the same building.

As an extra incentive, the new regulations allow for flexible payment of installation costs. Homeowners can opt to offset their costs against personal income tax in yearly instalments, or to receive a 100% discount on the invoiced cost, for which their supplier can claim 110% against their own tax burden over several years.

Any measures which contribute towards reducing energy consumption can be interpreted as falling under the general scope of the Relaunch Decree. Private individuals, as well as any entity entitled to claim tax credits, are eligible for fiscal benefits. However, the work carried out must be approved by the ENEA, Italy’s public body governing energy supply, and lead to an improvement of at least two energy categories.

The UK and France are yet to introduce legislation that directly supports building automation as a means of reducing carbon emissions, but both are committed to the EU’s 2050 net zero carbon emissions deadline (in Scotland the deadline is 2045). The UK is also hosting the high-profile United Nations Climate Change Conference, also known as COP26, in November and is committed to applying the latest revision to the EPBD on the planned timetable, regardless of Brexit.

For now, MaPrimeRénov and Green Home grants are currently available to French and British homeowners respectively to assist with energy-saving works. These include heating/cooling networks in France and heating controls in the UK.

Building automation pays for itself in the space of a few years. However, a smart building is much more than just an efficient facility – it’s a space that is optimised for people and planet for decades to come. Fortunately, this simple-to-implement solution looks set to become much more widespread with new funding schemes and regulatory incentives evolving across Europe.