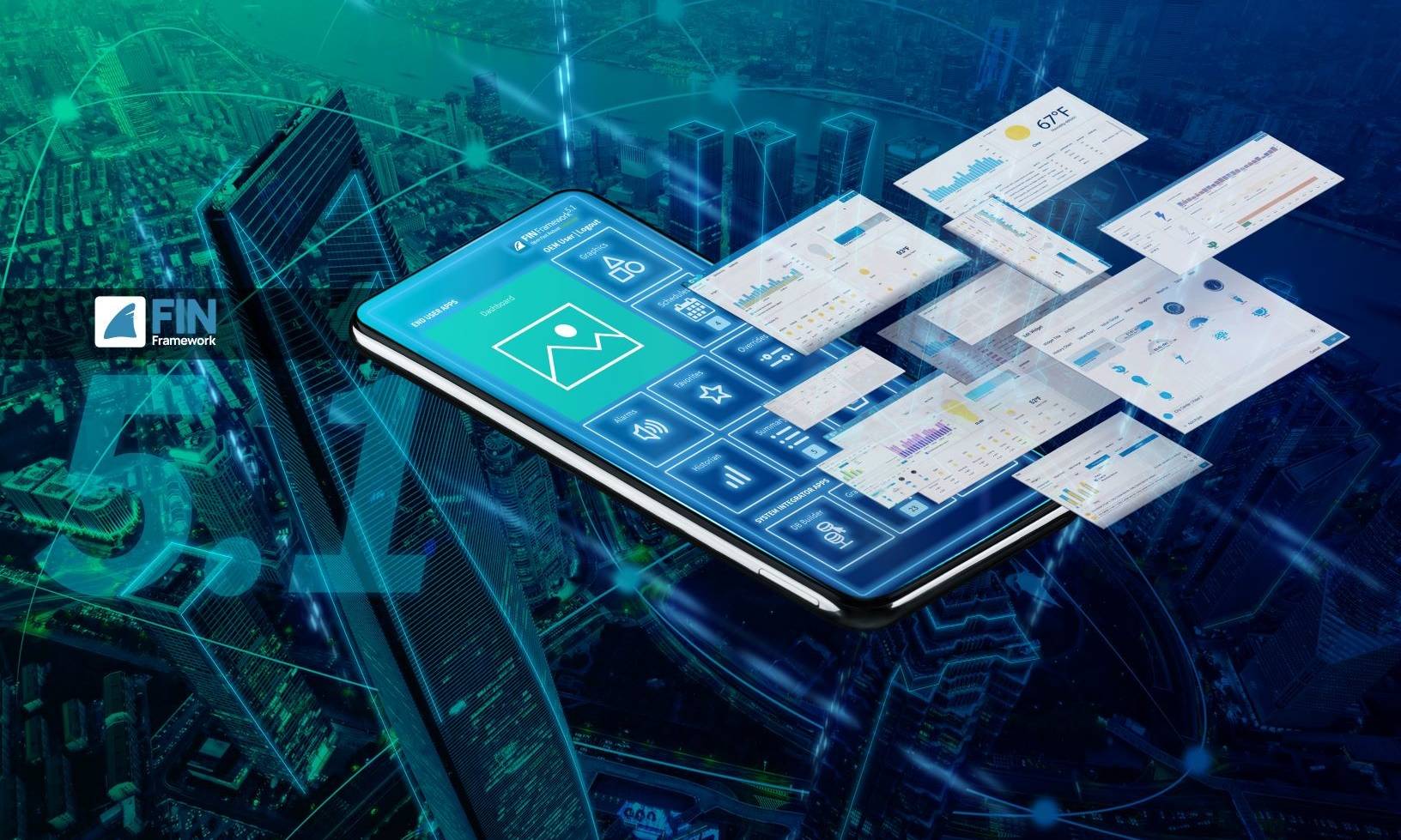 Managing every aspect of building, equipment and IoT environments without complex engineering effort has reached the next level with the release of FIN Framework 5.1 - J2 Innovations’ latest upgrade of the industry leading software platform for smart building, smart equipment and IoT applications.

The latest release, to be released in beta shortly, with a full launch scheduled for Summer 2021, will feature a dashboard builder app that, for the first time, allows facility managers and end-users to create and manage their own dynamic visualizations of smart buildings, equipment and IoT devices in a smartphone friendly way and without the need for complex configurations. Flexible and easy-to-use, a newly designed widget navigation system makes light work of connecting data feeds to system components for creating and monitoring complex-building scenarios.

“Since its conception, FIN Framework has firmly established itself as one of the industry’s most innovative software platforms for smart building, smart equipment and IoT applications.  The enhancements made in this latest revision elevate the platform into a new sphere of capabilities,” said Alex Rohweder, CEO at J2 Innovations.  “With FIN 5.1, you can deliver dynamic and interactive views of building and equipment data, accessible both through desktop and smartphone - and all that without the need for complex engineering.  Dashboard widgets and functions can simply be added and removed to build a working picture of the building environment.”

Said Rohweder: “A building owner, facilities manager, systems integrator or end user can access their system to check floor plans, equipment health/status, temperature levels or any other parameters in a zone, floor or building, then make key decisions about how to manage that environment, all on-the-fly – in order to increase the energy, asset and service efficiency of the building.”

A new multi-instance architecture feature, called FIN Network, has also been incorporated into the 5.1 release.  This enables easier management of multiple FIN instances. Previously, when working with floors on a site or locations, access could only be gained by logging into each FIN instance.  The FIN Network tool stacks multiple FIN instances, local or remote, into a project tree where they can be accessed as a group to save time and resources.

Since the launch last year of the revolutionary Edge2Cloud technology, which provides secure access to any FIN Framework project, J2 now brings a host of enhancements with 5.1. These include access tokens that allow other FIN or 3rd party IT and cloud applications to pull data from FIN instances remotely through Edge2Cloud, the ability to access dashboards directly from the Edge2Cloud interface, plus multi-language support.

FIN is a software framework that provides integration, control, analysis, visualization, and connection, designed for OEM partners to customize and incorporate into their products or systems.  FIN Framework is already used by a variety of system manufacturers worldwide, involved in BAS, HVAC, lighting, shading and IoT control in buildings.

FIN allows users to monitor, control and visualize all the operational and energy assets such as HVAC, lighting and security systems inside a building or buildings across numerous sites to optimize the comfort levels and energy efficiency.  Dashboards flag the status or health of assets as well as the maintenance requirements of all the connected devices, while trend monitoring, and utility metering are reported by the system. Plug & play features simplify the installation of any pre-configured hardware solutions.  FIN Framework interfaces with BACnet, Modbus, KNX, OPC-UA, MQTT and further open and proprietary protocols for linking to almost any system.

In summary, Rohweder says: “We are excited to - together with our partners - further contribute with the release of FIN 5.1 to the proliferation of smart and IoT friendly technology in the building industry; it has never been easier to make the right decisions for small to large buildings.”

Find out more about the release at j2inn.com/fin5.1