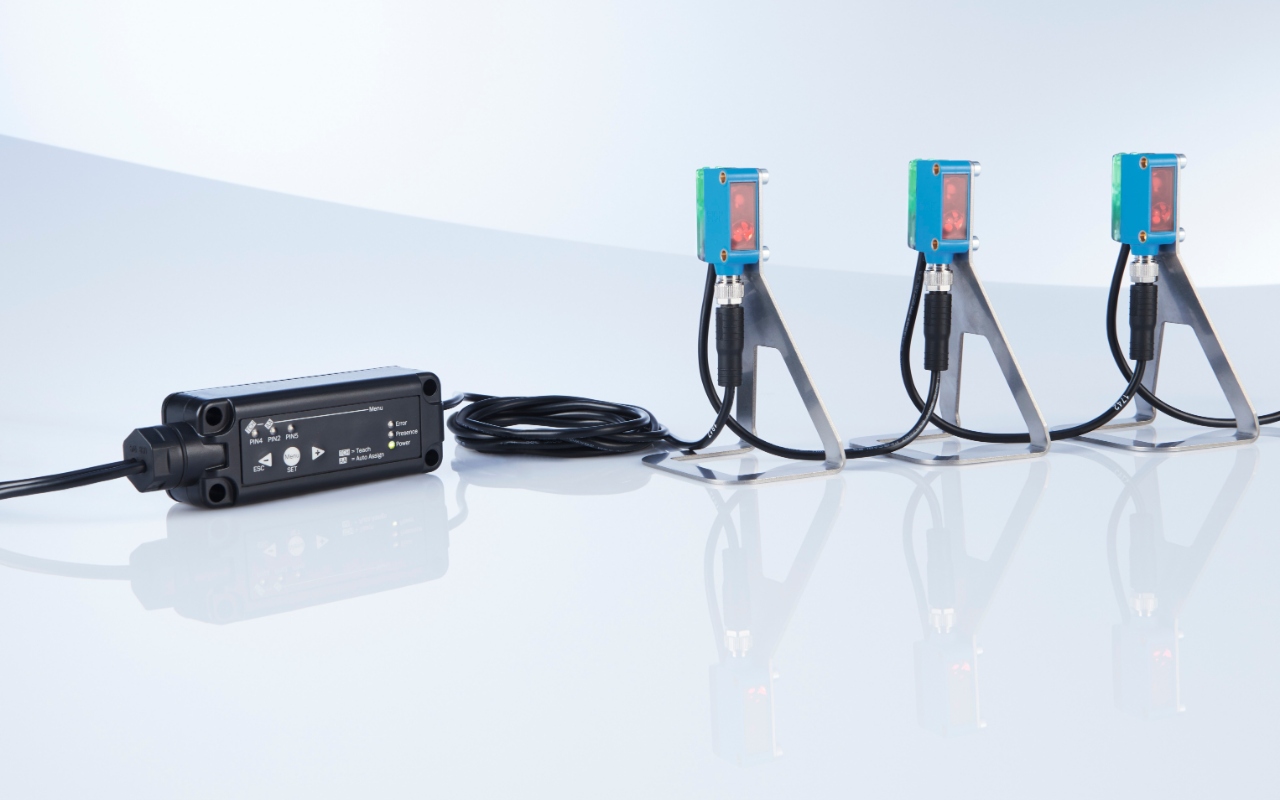 SICK Re-invents the Lightgrid as a Versatile “Light Chain”

SICK has reinvented the lightgrid as a versatile “light chain” of cascading photoelectric sensors. The FlexChain detection system is a completely new way of configuring light grids that offers unprecedented freedom for automated building security applications.

With SICK FlexChain up to 60 sensors can be daisy-chained together in a single line topology and connected to a compact FlexChain host.  The cost-saving ‘mix and match’ concept allows engineers to build their own light grids via a web selection tool and to individually space through-beam, reflex and proximity sensors as needed, with minimal cabling and installation. It is easy to add more sensors at a later stage.

Push-button commissioning is quick and easy via the FlexChain host and using individual sensors enables a high level of diagnostic information to be available at all times, with maximum detection reliability.

“Where conventional light grids are limited by fixed send- and receive profiles, and multiple sensor arrays require individual cabling and risk cross-talk interference if positioned too close together, the SICK FlexChain now offers the best of both worlds,” explains David Hannaby, SICK’s UK product manager for presence detection.  “In addition, a FlexChain can be over 60 metres long - which is very big for a lightgrid.

The SICK FlexChain system offers the benefits of lightgrid detection with sequential triggering of every beam, but, unlike a conventional lightgrid, positioning the sensors individually makes it possible to vary the beam separation to suit the application. Measuring ranges and detection zones of different widths can be set up for each task.

The FlexChain system uses modified sensors from SICK’s G6 family that are fitted with a special ASIC.     Cross talk between sensors is eliminated thanks to SICK’s lightgrid technology.  Maximum availability is assured irrespective of how the sensors are arranged and how close to, or far away from, each other they are.

The sensors are cabled as a cascade using pigtails in three varying lengths, so cabling costs are much lower than if they were wired individually and installation time is minimised. It is simple to integrate the application-specific sensors needed into both new or existing plant and machinery.

The compact FlexChain host supplies the sensors with power and provides the system communication with three or six digital outputs, a CANopen fieldbus interface, an RS-485 interface, and an IO-Link connection for flexible integration into the machine or plant’s control environment.

Commissioning is quick and easy, as all connected sensors are identified, addressed, and taught-in automatically at the touch of a button via the FlexChain host.  It is also possible to configure application-specific logic in the host and to customise parameterisation via USB or SICK’s SOPAS software tools.

A key advantage of configuring a light grid with individual sensors is that the data from each one can be sent for evaluation in the FlexChain host or forwarded to the PLC at any time via IO-Link.  Detailed information like “quality of run” values, the status of each beam, or height and width measurement values is available at all times.  A wide range of detailed sensor and system feedback enables predictive maintenance and avoids unnecessary plant failures and downtime.